Local to Jackson, TN Area? We can microchip your pet $25/includes registration 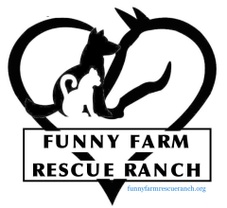 Over fourteen years ago I had no idea that there was this huge pet over- population problem or what I could do to help. I had already found, rescued, fully vetted and kept two dogs and one cat. But I still didn’t realize the gravity of the situation.

On a beautiful May morning I was just returning from taking my niece to West Tn School for the Deaf and when I pulled in my driveway there sat my neighbor who cheerfully announced he had found my 2 puppies in the road and was bringing them home. I quickly corrected him and said that I didn’t have 2 puppies roaming free. And when I opened his car door, that was the beginning of my career in organized animal rescue. I teared up as I saw these 2 precious little Beagle mix girls, big wormy bellies, covered in fleas & ticks, just as adorable as could be. I told him I would take them and help find them homes. And his wife introduced me to West TN Animal Rescue & Shannon Dykstra (the founder) and and boy did she educate me. We also had an amazing rescue vet who was eager to help with the cause and she taught us so much. My personal vet got on board as well and began teaching me as much as I wanted to learn.

My husband and I became official foster parents.  We learned all about rescue vetting protocol (which slightly differs from the protocol of personally owned pets). We learned how to vaccinate and deworm puppies. The vet became a good friend. When it came time to take the puppies to be altered we had fallen in love and wanted to keep at least one of them. We were devastated to find out we had missed the opportunity because they were already adopted. Then one adoption fell through so we got to keep her. We named her Sister so we would always remember she had a sister out there.

The other girl went on to live in the northeast and I have remained in contact with Lucy’s family this entire time. Both Sister and Lucy have passed away but the friendship remains.

Since then there have been countless pets here at the McBride Funny Farm Rescue Ranch (named by my Mother and taken from the Chevy Chase movie). So many that I’ve lost count. Over the years I have expanded into large animal rescue as well. It has it’s bad days and good days and I’ve seen some horrific things. But I’ve also seen some amazingly wonderful things and made some wonderful friends.

My mission has expanded and in addition to rescue, rehabbing, fully vetting and adopting out, I like to help people in need. I recently met a young lady who God had called to do some mission work and she was going to have to re-home her horse because she could not afford to board him while she is away. I told her that God had given her a purpose and He has given me mine. Skittles is staying here at the Funny Farm Rescue Ranch until her mission work is complete and will be ready for her when she comes home and will be cared just as a McBride pet.

Gary (my husband) and I also help as many people as we can spay and neuter their pets as we believe this is the answer to the overwhelming pet over-population problem. Education is also something we believe is very important to this cause. Many people are not aware of the fact that there is a pet over- population problem or how to control it.  Most people aren‘t aware that around 4 million dogs are still having to be euthanized every year simply because there aren‘t enough homes for them. Many aren't aware of the statistics regarding animal abuse and how closely linked it is to domestic  abuse and other crimes.  These problems can only be solved if we educate ourselves and others and work together. I took over the rescue I volunteered for all those years and changed the name to Funny Farm Rescue Ranch and welcomed my friend Abby as my co-leader in 2018.

I hope one day there won’t be a need for animal rescue. Until then, I will continue to crawl in the mud, under sheds, in ditches, etc to rescue the abandoned, starved and abused; be a voice for the voiceless. My clothes may be dirty and torn, but my conscience is clean.